So what is the difference between the Celsius Wallet, and the Exodus wallet? In this Celsius Wallet vs Exodus Wallet article, we’ll be going over both of the wallets, what they do best, what they don’t do, and basically give an overview of both so that you know which is the best option for you.

Let’s check it out.

When it comes to the difference between the Celsius Wallet and the Exodus Wallet, there are a few key things to take into consideration.

Even though they’re fundamentally “both wallets”, they actually differ quite a lot in their usability and you’ll definitely want to deeply consider which one to use, in each situation.

Looking at them more closely, their main, outstanding differences is that:

The Celsius Wallet is a non custodial, and the Exodus wallet is a self custodial.

But what is the difference between a non-custodial and a self-custodial wallet?

This means that technically, you don’t “own” your coins, since the keys of that wallet are not in your custody.

Furthermore, both of these wallets, can technically be considered hot/warm wallets since to access them, you’ll have to be connected to the internet, in one way or another.

In addition to this, there is another main difference bewteen the wallets, when it comes to functions. These are the following:

These are fundamentally different and somewhat opposed to each other. On the one hand, the Celsius wallet gives you access to interest, in exchange for running the risk of lending out all of the coins on the wallet, and the Exodus wallet, gives you self-sovereignty over your crypto.

You can also stake and gain interest inside the Exodus wallet too, but it’s less profitable and you’re still giving ownership of your coins and it’s not the main function of the wallet.

The Exodus wallet, is a beginner-friendly, high-quality warm wallet that comes with its own software.

It was created back in 2016 and allows for some of the more general functions that you’ll find in most wallets of this kind, such as storing, exchanging, keeping track of and staking for your digital assets.

The Exodus wallet is generally regarded as safe and secure, but it’s only as secure as the computer it’s installed on. So if you’re planning to use it, make sure the antivirus is up to date when using it.

When the wallet is first installed onto your computer, you’re both requested to enter a password that you’ll need to remember (to be able to log into the software, just like you would log into anything else online) as well as having the opportunity to either restore a wallet that you already own, or create a new 12-word recovery seed phrase for a new wallet, in case you don’t have one.

So, if you already have a wallet, like a metamask, a ledger or some other wallet, you’d be able to access that wallet from the software.

The Exodus wallet can store close to 100 cryptocurrencies, it has an in-built swap/exchange feature, is one of the longer-lasting projects in the space and they’ve partnered with one of the most trusted cold wallet storage companies in the crypto scene, Trezor, so you know they’re the real deal.

The Celsius wallet, is a non-custodial crypto wallet created by the company Celsius Network, and the main idea for it is that it serves kind of like a bank for your digital assets.

Even though you get to create yourself a password to access your Celsius app, you don’t actually get to create a 12 or 24 word private key to access a private wallet…your crypto still “belongs” to you, but you don’t have 100% control over them.

Essentially, you’ll be providing the company with access to your coins, which they lend out to other companies at a certain interest rate, most of which will be paid out to you each week and some of which will be kept by Celsius.

As soon as you have coins in your wallet (which you can send over to them through their public addresses on the app) your coins produce interest, which is paid out either in that same coin, or in their native token CEL token. As of right now, the Celsius Network wallet, only has a mobile app available to it, but the team is working on a web app.

One of the great things about the Celsius Wallet, is that even though they do hold custody of your coins, you’re free to take them out of the Celsius Wallet app, whenever you wish to. You don’t have to keep them there for a specific amount of time (like some other companies out there do).

The company has been around since 2017, and has over 200 thousand active users with almost 650 thousand downloads. They have never been hacked and have been paying out weekly interest on time, ever since.

If you want to get deep into the Celsius Network company, and are interested in earning some passive income off of your coins, then you can use the Celsius Network referral code from our website, to earn some free BTC, just for trying out the platform.

To get access to your free BTC, you’ll want to do the following steps:

This is a special promo code that you can use to test out the app. At the end of the 30 days, you’ll have $40 in free BTC available in your account, and you’ll then be able to withdraw your original principal (which will have accrued interest) if you don’t want to use the app anymore.

error: You are not allowed to make this action 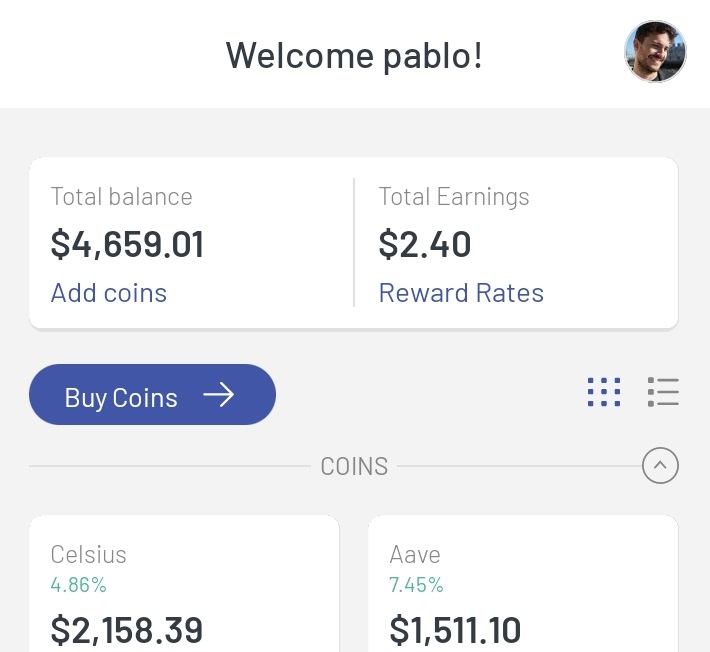 *BTC reward available in your account, 30 days after initial transfer. Only for new members. Limit to 1 per person