Are you interested in getting GrooveFunnels, but aren’t sure if it’s worth it. In this short article, we’ll be going over why it is that GrooveFunnels is well worth the cost, and why it is you should pick it up.

So without further ado, let’s look at what the GrooveFunnels software will be able to provide you with. Let’s check it out.

So Is GrooveFunnels Worth It?

Alright, so straight out of the gates and to not beat around the bush at all: Is GrooveFunnels worth it?

The short answer is: Yes, GrooveFunnels is worth it.

But of course, anyone can say that “something is worth it”, and then just turn around and leave, so let’s talk about more about exactly why it is that the software is so good, and also why it is that you should pick it up (either through the limited lifetime option, or through any one of the different plans).

Okay, it’s not “the cheapest software out there” when the starting price point is $99/month.

But it’s cheap in the sense that everything that you’ll be able to do with the software, will cost you more, if you decided to use some of the alternatives that are out there.

Let’s take the $99/month starter plan, for example, which includes:

Now, if you were to look up what similar marketing tools to these would cost, on there own, we could be looking at:

By quickly doing the math on this, you could be paying around $619 each and every month to have all these features available to you.

This is not including potential fees that you’ll be paying as an affiliate if you decide to promote products (money that would otherwise have been yours) and considering you have 25k subscribers on your email list.

The fact of the matter is, GrooveFunnels is cheaper, faster, better, more modern, was created by one of the co-founders of Kartra, and is pretty much like nothing else out there period.

And those are only for the $99/month plan (silver). I won’t go into detail, but even the $299/month plan, that includes all of the same tools, plus tools like a webinar hoster, a blog builder and a helpdesk and calendar software…already costs less than those $619/month that a handful of those other tools would cost.

Essentially, GrooveFunnels, is an absolute steal for the money you’re paying for it.

Paying $299 or even $99/month..is already a pain in the butt, since it comes down to almost $1200 each and every year (the same as ClickFunnels would cost, and only for a limited use of just the funnel builder)…so is there anything you can do about it?

Apart from all of this, GrooveFunnels also will also be allowing you to get the complete platform, for a one-time price.

For a brief amount of time after the June launch of 2020, GrooveFunnels will be allowing its users to get the complete platform, and not have to pay any monthly subscriptions.

You can replace your autoresponder, your website builder and your funnel builder, and in late 2020 and in 2021, you’ll be able to replace your webinar hoster (which is super expensive) blog builder (like WordPress) and more.

This is something that will not be around forever, and you’ll have to act quickly to get, otherwise, youyou’ll be paying a subscription price for it, later.

Other Reasons GrooveFunnels Is Awesome

So I think I’ve given some of the key reasons why GrooveFunnels is worth your money and time.

It’s clear to see that, even at the smallest plan, it’s still a lot cheaper and better than all of the premium tools in that industry, put together, and that it also allows for a one-time price for those who decide to jump in.

But lastly, I just want to mention that the company GrooveDigital, has the vision to become the leading all-in-one digital marketing platform in the world, in 2023.

That is their vision.

And you can say “well, that’s everyone’s vision in this space”.

To which I’d tell you, that the all-in-one digital marketing platform, Kartra, was co-founded by the CEO of GrooveFunnels, who was under a 2 year “non-compete” contract, which has now ended.

The man had to wait 2 years to be able to create GrooveFunnels, because they knew just how big of a deal he was. Do you have any doubts that he’ll be taking GrooveFunnels far and wide?

I’d bet that he will.

As a result, GrooveFunnels has now multiple thousands of customers who are lifetime members or “backers” and paid one-time for the software, because of the insane amount of value that you’ll be getting.

I’m personally a backer and lifetime member myself, and I’d highly recommend you either signing up for the one-time price here or, highly consider getting GrooveFunnels…

Because it’s going to be awesome. 😊 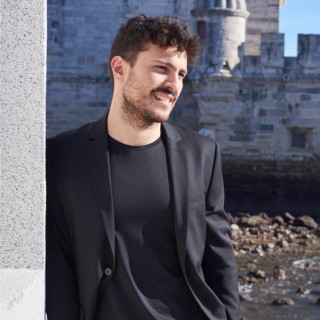 Hey there. 🖐 I'm Pablo. A Biotech Engineer from Uruguay, living in Finland...And I'm obsessed with SEO, dropshipping, affiliate marketing, online marketing and ways to make an online income in general 😃