I’ve been doing this “online making money” stuff for right around 2 years now.

In the grand scheme of things, it’s really not that long, to be honest.

But I’ve learned a lot more in these last 2 years (and I have a SHIT TON to learn still) than I have in the 7 years that I spent, getting a college degree in something I wasn’t really all that interested to begin with.

So there for sure is something to take out of this…

But, if there is one thing that I’ve learned, that I think everybody can use, is that it all starts with you.

I know you’re probably rolling your eyes while you’re reading this.

You’ve heard all the “mindset” mumbo-jumbo stuff before. The “fake it till you make it”, the “act as if you’re already rich” shenanigans…

But do you at all believe it isn’t so?

Do you think that your destiny and fate…rests on someone else’s hands? Anyone other than yourself?

Cause you still need to guide your ship to where you want to go, and you have full control of where it is you’re going

So many people look for the “easy way out”, the “magic trick”, the “hidden secret”, the “hack”, the “shortcut”.

Well…if want to earn more money, you have to be of more value to the world (again, dropping that mumbo-jumbo spiritual stuff).

Notice I say “EARN more money”. I didn’t say “make”. Those who MAKE money, work at a mint factory…the rest of us must EARN our money.

And the only way to earn more money, is to exchange that money for a product or service that is needed and valuable. We exchange our time and service, for someone elese’s money.

But that’s basically what it comes down to… you want to earn more?

Be of more service.

There are ways of “multiplying” your service through different mediums like Youtube, Google, word of mouth..and you don’t need to put your face out there or interact with anyone or anything at all to make it happen. So it’s not even something that you have to fear or worry about.

Earning money online, then, is simple.

Disclaimer: It is in fact, very simple. But this shit is NOT easy. It’s not easy AT ALL. And if someone mentions that it is easy…well that’s a bunch of bull poop. Few things in life are easy.

All you need to succeed in earning money online is: A strategy, faith and persistence.

And I’m not talking about faith as is faith in God, Allah, Buda…I’m talking faith as in believing. Believing that you can succeed.

I remember when I started out online with affiliate marketing and facebook. I was looking at courses, left and right. I was just starting and I was learning like crazy.

I wanted to use Facebook, but I did NOT want any of my friends or family, to see that I was selling stuff online.

Fortunately, I came across this person, who showed me a super cool trick, on how to segment friends in lists, so that only the people I wanted, saw the posts that I wanted them to see.

This was an aha moment, I got super excited, and I knew that with this new trick, I could make money…which I did.

If I had closed my mind to the idea that I could succeed, I wouldn’t have, but since I saw the potential, and I believed it would work…it did!

Another thing, is: Persistence…

Earning money online, is like everything else in the beginning: You don’t know how to do it.

It’s like learning a different language (a few, actually).

At first, you have no idea what is going on…but if you persist, for a few months (personally, it took me 5 or 6 months) you’ll start making connections, you’ll start seeing things, you’ll start putting the pieces together…and you’ll make it happen.

Of course, you need a strategy.

Learning and implementing a strategy, takes time. A lot of time.

You need to find a strategy that you like, and that you’d like to test out. This might potentially mean, filtering through a lot of crap and a lot of worthless time-consuming strategies, just to find that diamond in the rough.

Some of the strategies that I recommend, are:

✅ SEO and affiliate marketing
✅ Launch-Jacking (or some sort of youtube strategy)
✅ Some sort of blogging or content creation.
✅ Selling services like writing editing, programming…that sort of stuff

Basically, I’d go with anything that can make you money long term. Like building a business, an agency an online brand a store a product…those types of things.

And I’d probably also stay away from anything that is very speculative like Bitcoin.

Oh and by the way, for anyone who does NOT have any money to start, and thinks he or she will “make it happen”, here is a real piece of advice: Don’t quit your job, and if you don’t have a job…go get one.

I personally made the mistake of not getting a job, when I started out. I thought I was tough enough, I thought that it would be easy and I was too stubborn to listen to any advice, that did not parallel the belief that I wanted to be my new way of thinking.

At some point in time, I just wasn’t making ANY money at all. And had I had a job, I would have saved me, at least 5 months of wasted time. I would have had more money to reinvest, and I would have been a lot more successful, a lot quicker.

So starting to earn money online…you should NOT do, when you have nothing (you can try…but you’re in for a rough time).

Have yourself a steady income stream, and devote your extra time, to working on your skills and your business. Having that saved up money, will allow you to double down on what is working, when it starts working. 😃

So once again…don’t make the mistake of thinking that “earning money online is easy”. That is not the case. It’s hard. It’s very fucking hard!

Find a strategy, and stick to it…

Here’s what happened to me…

I started out doing dropshipping. It was brutal.

I was setting up my store, creating my ads (and product designs when I did Print on demand, which of course, was a mistake because I’m not a designer) and testing products out like crazy.

I spent around $700 at least (probably a lot more, it’s just that I can’t remember) and it was crashing down on me.

Finally, I had my first sale (actually, I had 2 sales in that same day).

I was selling products from China, over to the USA. I had to go in myself, create the orders, talk to Chinese suppliers, track the orders, pray that the customers would get the product, that there would be no refunds or chargebacks or complaints…

and at the same time…I had to keep creating ads and selling.

Out of fear, I decided not to continue, when I had actually seen some results! We see this happen all the time, but mostly with people who DON’T see results.

People try ClickBank, then review sites, and then they try Shopify dropshipping, then they head over to Crypto and Forex and freelancing on Fiverr, Trading, Youtube, Pinterest, Adsense monetization, Instagram automation and domain flipping and affiliate marketing.

You get the point…

They do all that, but they don’t stick to 1 strategy, long enough to see results! It’s killer!

Enthusiasm is great! But it’s not very practical and it’ll definitely take a toll on you.

After trying some things out, personally, I found blogging to be a very “lightweight”.

I don’t really like being on video too much (something that I’m going to be changing) and have always liked writing. I also knew that there were ways to earn money blogging and they seemed fairly simple to do.

Thus, I decided I would start blogging, in order to generate some money.

I put ALL my efforts into making my blog work, which I started in March 2019, after having my first $1000 day doing affiliate marketing on Facebook.

And I was determined to reach it. And that is all you need: To put your goal before you, and start acting towards it.

By being persistent, I quickly started earning money with my blog, and in March 2020, exactly 1 year after creating it, I had my first $1k month with blogging.

So after all this, what is the moral of the story?

It’s that in the beginning, you need to pick 1 thing, and focus and spend all the time you can, learning everything about it. No matter if it’s blog building, domain flipping, forex trading or paid traffic or freelancing…you need to get immersed and focused.

Find one thing that you are interested in and stick to it. Don’t bounce around.

Don’t expect instant results either, or you’ll be discouraged.

This is probably the most disheartening and soul-crushing thing, you’ll have to deal with: Thinking that you’ll get out what you put in, immediately.

If you think that you’ll make money, in proportion to what you do, then you’re screwed. But it’s not your fault…

In today’s day and age, you click one button, and something happens. You make a phone call and a meal is on its way over to you, you send a message, and you get an instant reply.

Basically, you’re accustomed to getting back something, instantaneously.

Everything takes time to grow and you can’t expect to be making money online instantly by buying a $13 course.

And people are not patient, don’t put in the work, and want everything handed to them.

Everyone who has ever had any amount of success online (or anywhere else really) has failed a lot more than they have succeeded. A lot of people who made it, weren’t earning money for months and months. Sometimes years!

However, these people know (because of their experiences) that if they stick to it, they’ll make it through and they’ll see results.

A farmer doesn’t plant a seed, pour some water in, and then curse the ground if there isn’t an *insert food-producing tree name here* after 1 day…

In other words, you can’t give up easily.

If you give up easily…you’ll never make it. 😥

In fact, the only reason I think I made any money at all ever online, is because I’m stubborn as fuck.

I simply don’t give up and don’t take no for an answer.

People who quit do so because they’re not patient. After all, a winner is just a quitter who tried once again!

So if you want to succeed online, you’ll simply have to do the work. Get into making money online, with the mindset that you’re not going to quit, ever, and you’ll win. 100% of the time.

2 thoughts on “Learn To Make Money Online. (What I Learned After 2 Years Of Trying)”

Want To Learn How To Start Your Own Digital

Want To Learn How To Start 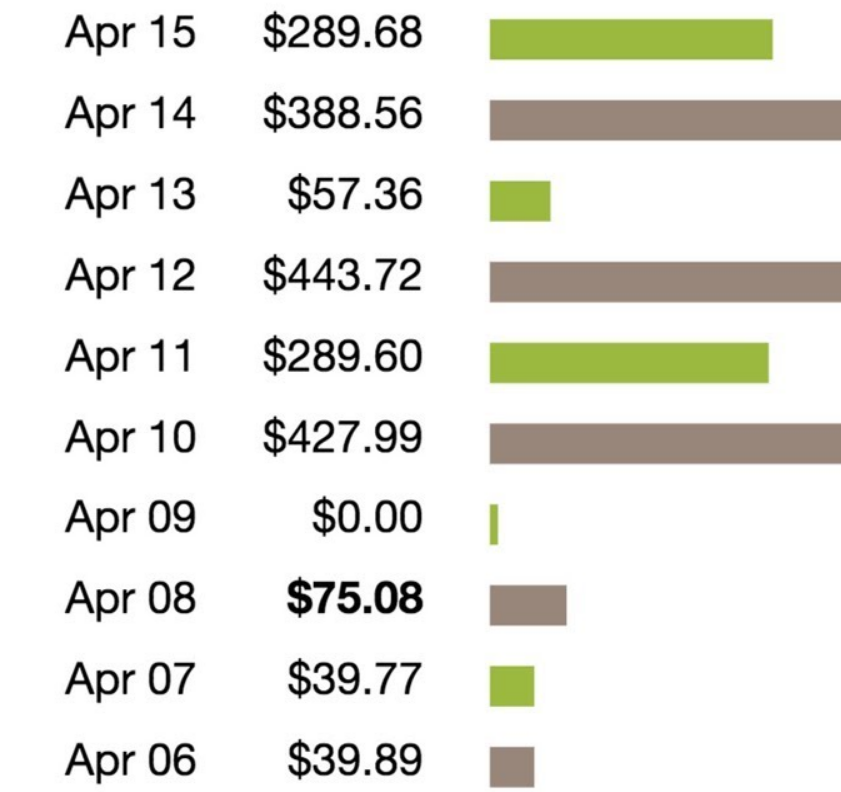